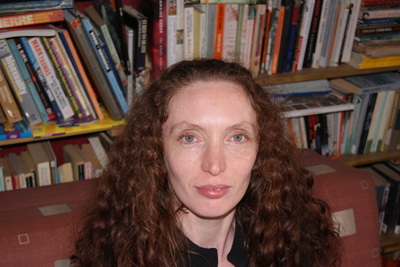 ​I moved to the Sligo Roscommon border in 1999, and live in an old train station with my children, partner, and Lemmy (the dog).  I recently completed a degree in 'Writing+Literature' at Sligo IT, such an incredible course. Glad I waited all these years.

I have been part of writing groups locally, firstly Millwheel Writers, and then facilitating the Wrong Side Of The Tracks Writers  from 2012-2018.
I give readings and workshops, and recently launched 'Lough Gara Writing' which is a creative writing venture based around the lake where I live.

Drunk Muse Publications have just taken me on as their Irish editor, starting in 2021. My first project is publishing a collection of songs and poems by legendary folk musician and writer, Helen B Grehan. **"The Return" is being launched on Sunday 29th May at 2pm in King House, Boyle :)

In 2014 I founded The Hermit Collective;  a group of fellow creatives and remotes, who come together to put on pop-up shows of poetry, art, music, stories, and more. We have played dozens of venues across the north west, and in 2016 were the overall winners of the prestigious Epic Award for Ireland. Our last outing was in January 2020, due to the years that have been in it, but we hope to be back soon...

My chapbooks Hellsteeth, A Skyful of Kites, Snowbird and Pact were self-published with help from Roscommon County Council, and In June 2017 the UK small press Black Light Engine Room Press published a selection of poems from them in a new pamphlet ​Fusebox.

The new book "SILVER SPOON" features the stunning art of Helen Chantrell throughout, as well as the cover, and is available from loads of shops as well of the Salmon Poetry bookshop.

2021: Winner of the Dermot Healy Award for fiction and poetry

2020: Winner of inaugural Comórtas Filíochta Chultúrlann McAdam Ó Fiaich competition, with a poem translated to Irish by Diarmuid Lenihen, and shortlisted for a second poem translated by Rossa Ó Snodaigh

2017: Highly commended for the Galway Hospital's 'Poems for patience' competition

2015: Shortlisted for the Over The Edge New Writer of the Year competition

2014: Shortlisted for the Free Wee Library bookmark competition! Featured twice in the Poetry For Spaces project. Long-listed in the Dermot Healy Memorial award.

2013: Shortlisted for the Hennessy Literary award;  the Dead Good Poetry competition; long-listed for the Desmond O Grady and the Over The Edge competitions, and won third prize in the Red Line Book Festival

2011: Winner of both the iYeats competition, and the Francis Ledwidge award. Also commended in the same iYeats for a second piece.

I was "Featured Poet International" for Muse-Pie Press (US) throughout 2016, and nominated by them for the Pushcart Prize and the Best Of The Net award.

My poem Hellsteeth is installed in the Hawkswell Theatre, Sligo, and is  published as part of a book about WB Yeats: Yeats150.

Time Machine,  which I wrote in response to Tom Meskell's solo art exhibition,was on display beside his paintings, in the Museum Of Country Life, Castlebar, Co Mayo, from January until May 2014, and also in Philadelphia for a day!

My pamphlets are mostly gone, but some copies of 'Pact' are available in the Una Bhan craft shop, Boyle, and Strokestown Park House gift shop. 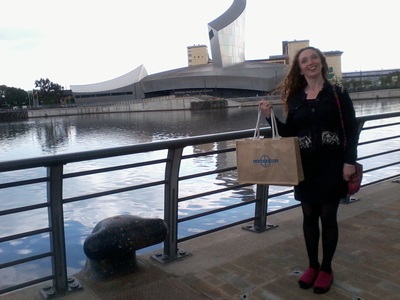